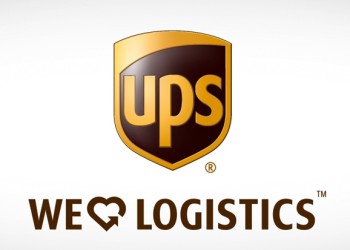 Note: The following is based using statistics in the USA however, the same technology is applied here in Ireland.

At UPS, the average driver makes about 120 deliveries per day, says Jack Levis, the shipping giant’s director of process management. To figure out how many different possible routes that driver could travel, just start multiplying: 120 * 119 * 118 * . . . * 3 * 2 * 1. The end result, Levis likes to say, far exceeds the age of the Earth in nanoseconds.

If that number sounds big, imagine having to make those calculations for 55,000 drivers every day. Until recently, UPS used a software tool that gave drivers a general route to follow but allowed wide latitude for human judgement along the way. Over the next five years, however, the company will roll out widely a more exacting algorithm designed to steer drivers away from well-worn paths toward often counterintuitive routes calculated to make delivery faster.

Called ORION, or On-Road Integrated Optimization and Navigation, UPS’ data-drenched route optimization tool aims to deliver the best answer yet to the traveling salesman problem, the classic computational conundrum that shows just how hard it is to find the shortest distance among a series of points on a map. The size of the numbers involved means simple arithmetic is out. Instead, ORION depends on heuristics, the field of maths and computer science devoted to finding answers that are good enough, and that get better based on past experience.

Of course, finding the shortest distance is only one of many variables in play for UPS. Promised delivery times, different types of customers and the types of packages being delivered and picked up are just a few of the additional factors ORION must take into consideration. And Levis is quick to emphasize that UPS doesn’t discount the value of driver wisdom accumulated during years on a route. The best system, he says, is one that relies on both human and algorithmic intelligence, not just one or the other.

Still, computers simply have far more raw calculation power than humans. That capacity combined with the massive amount of data needed to feed that brainpower are what Levis hopes add up to superhuman intelligence: “How do we come up with ways that are better than what humans would have come up with on their own?”